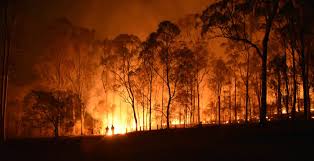 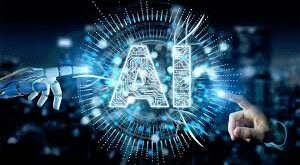 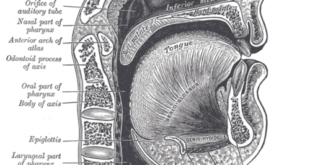 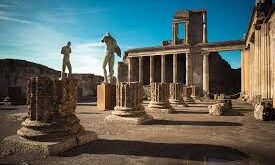 Large parts of Australia have been ravaged by bushfires that have been raging across the country for months. These fires have been, for the want of a better word, devastating, and researchers are trying to work out what contribution climate change has played in them. One of these researchers is Sophie Lewis from the University of New South Wales, Canberra. Sophie lives in a Canberra, Australia’s capital city, located in the southeast of the country. For weeks at the back end of last year, the city was being choked by smoke from nearby fires, but over the holiday period, things escalated.

So, on New Year’s Eve, really, really thick smoke started pouring into Canberra and settling over the city, so on New Year’s Day, it felt apocalyptic. There was a really thick orange haze. Visibility was terrible. There was very little going on in terms of people, animals. Usually, in my suburb, we have kangaroos hopping around happily, we have birdlife, and it was desolate. There was nothing here.

For many people in Australia, this has been a troubling time.

It was scary. I was really scared and so was my partner, and we made a pretty rapid decision that one of us, at least, was going to get our young daughter out of the situation. So, I flew out to Hobart to spend some time with family there and my partner stayed in Canberra to ready our house for the catastrophic fire weather that was being forecast for the days after New Year’s.

To date we haven’t lost any houses in Canberra. We have some really fantastic work going on here by our emergency service agencies, and they’re doing a great job of getting people to get their bushfire plans ready, providing information about where is safe to be. We’re very, very lucky that we haven’t been impacted by those fires. We know lots of people on the south coast of New South Wales around that time and they spent time in evacuation or relief centres. They faced really scary situations. So, we’re lucky in that respect, but it’s just been exhausting. Yesterday I spent the afternoon trying to work while listening to emergency service announcements and looking at what was going on with the wind and the smoke to see if we needed to start preparing to leave our home.

Australia experiences seasonal fires every summer and there have been huge ones in the past, but Sophie describes this season’s fires as unprecedented.

We have had big bushfires before, in the past, but none that have really occurred on the scale we’re talking about. We’re talking about fires over huge areas and for many months. They haven’t gone out yet. There has been quite favourable weather in the last week or two, and our fire services have done a great job of using that period to try and contain some of these fires, but what we’ve experienced has never occurred before in what’s been observed for Australia.

The current and ongoing fire season began in September 2019 and has seen more than 10 million hectares of land burnt across the country. To try and put that into context, it’s an area over twice the size of Switzerland. So far, over 30 people are known to have lost their lives, thousands of homes have been lost, and some estimates suggest that a billion animals have been killed. 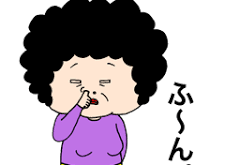